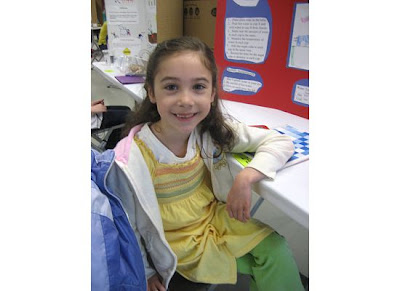 Princess A was picked to represent her school in the District Science Fair. We showed up at 8 in the morning so she would be on time for the judging. Two hours later the first grade judging was done so we could leave. 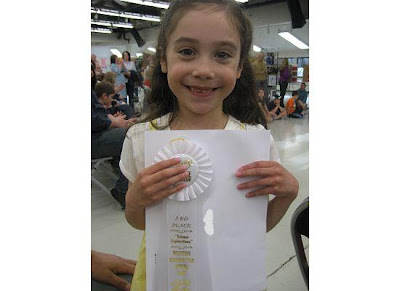 The next day we came back in the evening for the awards ceremony. Princess A won 3rd place for First graders! When they called her name she got so excited but when they mangled our last name she sat down in disappointment. We convinced her that she was the winner and that they just did not say her name right. Once she was convinced she very excitedly went up on stage! 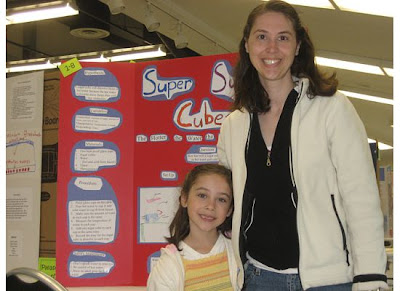 I am so proud of my scientist!
She did everything by herself except for the pouring of hot water (for safety reasons) and the typing! Princess A is already thinking of her experiment for next year.