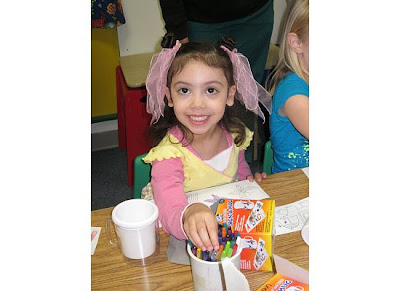 Friday was Princess G's last day of Pre-K, she is now officially a Kindergartner! 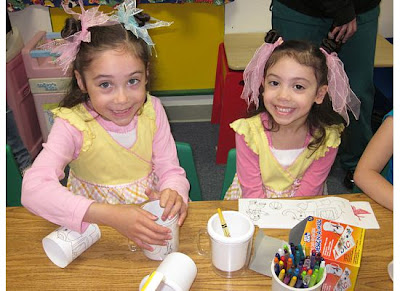 Princess A did not have school (it is a built in snow day and since we never had one she got the day off) so she was able to attend. Princess G had an hour of school before we could come back and attend the field day, which was inside because of all of the rain. When Princess A and I arrived we joined her sister in coloring these mugs. Each one has three sheets you can color and insert in the clear part so your drawing is shown on the mug (I have seen them for a dollar at Micheal's). The girls both want to give them to Daddy as one of their Father's Day presents. 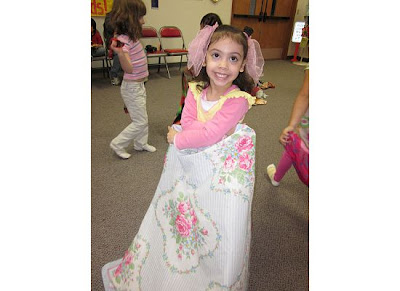 Next it was the bouncy house. There were too many kids to jump at once so while they waited their turn they danced with scarfs. 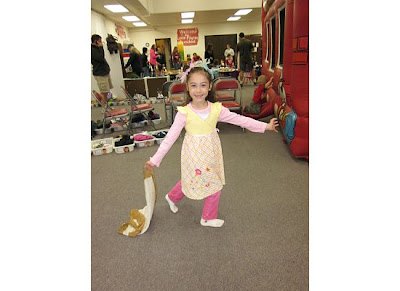 Princess A was a little hesitant at first but before long she was having a blast. She also came up with a game that she waved her scarf in front of me and would turn me into a creature or animals. I would then chase them (my girls and a friend from Princess A's Brownie troop) until I was turned back into a Mommy. I was a mosquito, lion, wolf, mean dog, bumble bee, monster, wasp and a few others before I was worn out and sat down. 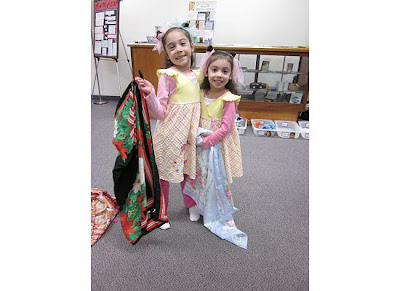 They both had so much fun with the scarf dancing that they have been doing it all weekend. 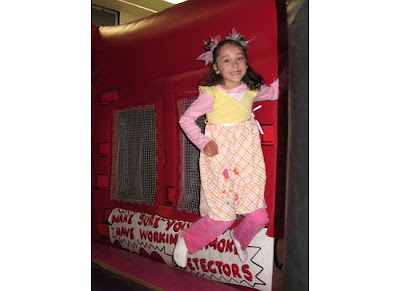 Finally it was their turn to go in the bouncy house! 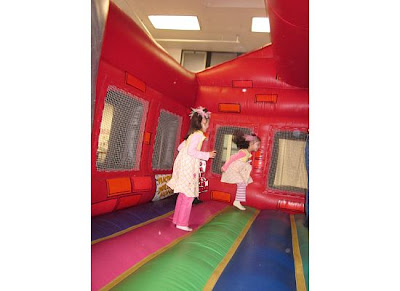 They both had a blast, I almost wish I could of gone in with them. 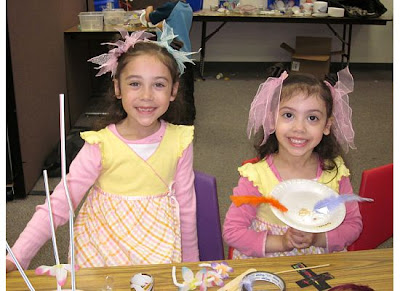 The last station was snack and then the craft: Build a Boat. The building materials were: plates, bowls, craft sticks, egg cartons, toilet paper roll, straws, feathers, flowers, pipe cleaners and much more. Princess A made a very tall boat (you can see the straws standing up in the picture.) Princess G made a small one that can twirl, she taped a clothespin standing up on the bottom as a handle (I still need to find it in the car where it fell off.) 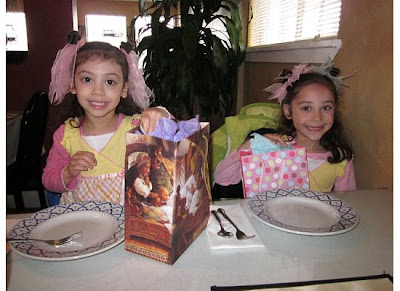 To celebrate I took the girls out for lunch.
They also each got a little gift to commemorate the occasion. 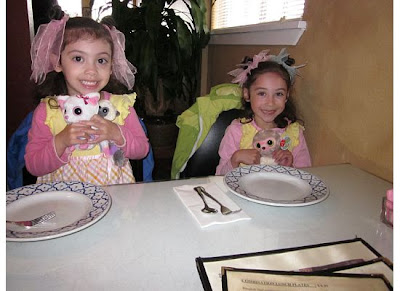 Since it was Princess G's day she received two friends and her sister only one.
On the way home we also stopped at the library and checked-out so many books.
The girls can't wait to share with Daddy all about Field day and their new friends when he get home this morning. He was in California for his sister's college graduation.
Posted by noreen at 7:21 AM