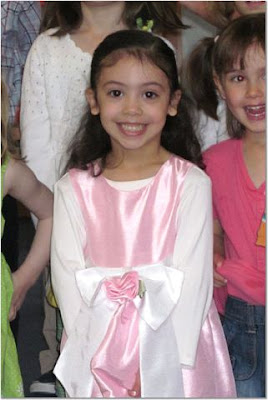 The Friday before last Princess G and her Pre-K class had their end of year program (she still had another week of school). It was so sweet they sang lots of songs including one about hippos (Princess G's favorite animal!) When I dropped her off for school I had about an hour until the program started and planned to run a quick errand. Princess G told me I could not be late like for her big sister, I can't believe she remembers that I was a few minutes late for her sister's same program two years ago (for the record I only missed her walking in I did hear all of the songs!) I promised Princess G that I would go straight to the church and wait for the program. Luckily I had brought my knitting so I made a little progress on the spider I am still knitting. 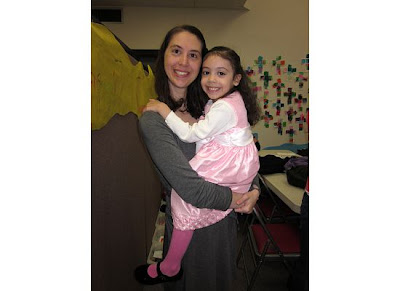 Daddy could not make it (he was driving back from central Oregon that day) so it was just my cutie and me. I did video tape all of the songs and played them for Daddy when he got home.
Posted by noreen at 7:34 AM