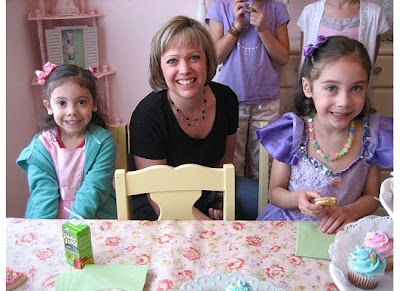 We meant to get together with Princess A's Kindergarten teacher all summer but we only saw her once, at the zoo. Right before school started we saw her one more time with her daughters. 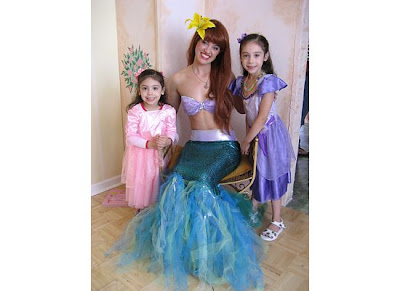 We listened to a story and song by Princess Ariel and then we took pictures. 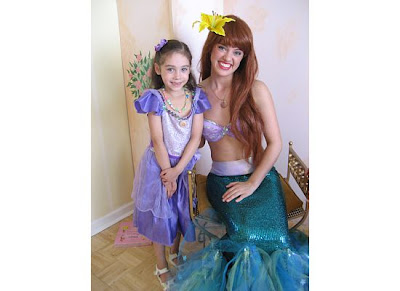 Princess A took a picture by herself and when it was Princess G's turn she tripped over Ariel's tail. She did not want to take any more pictures. A trip to the attached princess store made her feel better even though I would not get them anything. Nana had bought them pretend giant gems the day before. 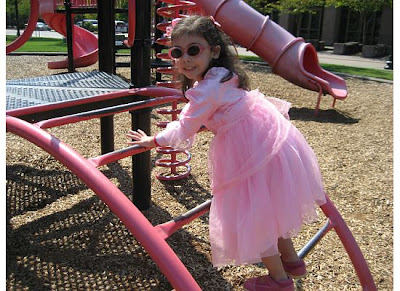 We passed a park earlier and the girls wanted to stop and play. Princess G got halfway up and need help since she got stuck. Nearby was a Farmer's Market that was ending and the girls were each given a bag of cotton candy since they were "Sweet little princesses." 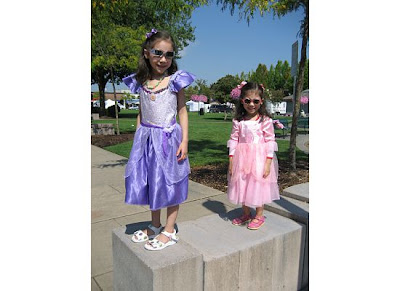 When we were suppose to be leaving they kept climbing up on this over and over again, just to jump off one end and start again!
Posted by noreen at 10:48 PM