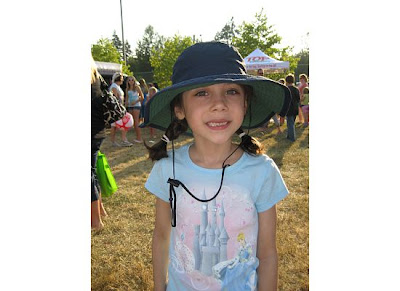 We live in a large neighborhood and the homeowners association has a huge National Night Out each August. We did not go the last two years since it always took place during a heatwave. This year the weather was perfect so the girls and I went. 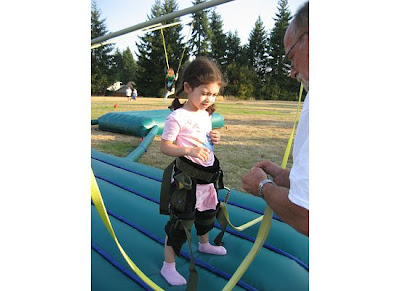 The girls went on all of the bouncy houses and inflatable slides before we did this. I am not sure what to call it but it had the longest line. Princess G went first and when they raised the poles up she flipped upside down. She was a good sport and wanted to keep going as long as they lowered her. She just kind of bounced without having her feet leave the ground. 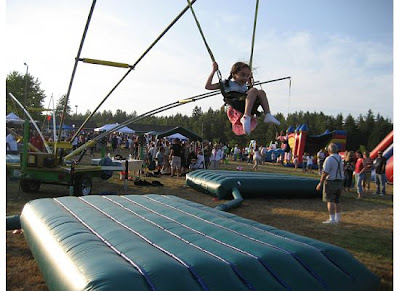 Princess A had a blast and got really high. This is how it is suppose to work, I think Princess G was just too little. Princess A went full speed ahead and was bouncing really high the whole time. 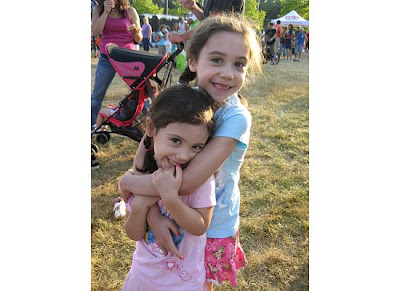 Aren't they cute? They picked out sort of match outits, they both have their Disney Princess shirts on and the monkey skorts my great grandma bought them in June. 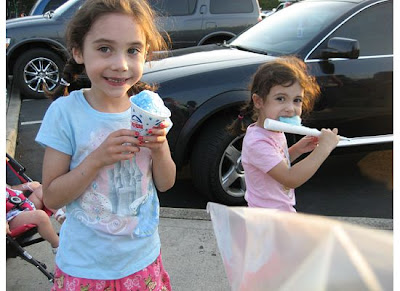 They also had snowcones, cotton candy and hotdogs. The hotdogs were suppose to be dinner but they each only had a bite before going for the good stuff! After almost two hours we lined up to wait for the train and had one last snowcone and cotton candy for the road. It was a pretend train that they drove up and down the main road since no parking was available. The girls loved that we had a police transport behind the train. The girls had a blast but as soon as we got home they were hungry and wanted dinner.
Posted by noreen at 4:13 PM