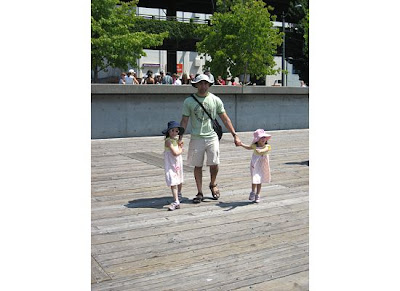 Back in August Aunt Cathy's sister came to visit. It was the first family to come visit her since she moved here last August and lived with us for a month. We all went to Seattle including Aunt Cathy's boyfriend (I never did get a picture of him, sorry!) 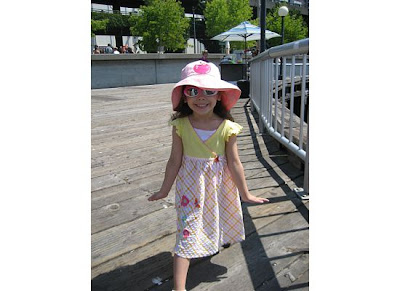 We went to Pike's Market and then wandered down to the waterfront. 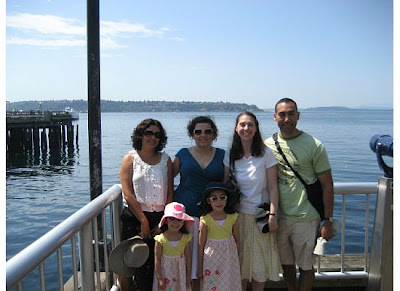 A great family picture (her boyfriend took the picture so he was not it it.) 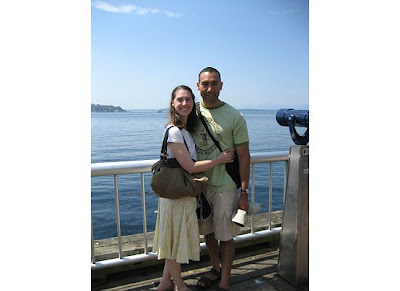 I did remember to get a picture of my lovely husband and I (that rarely happens!) 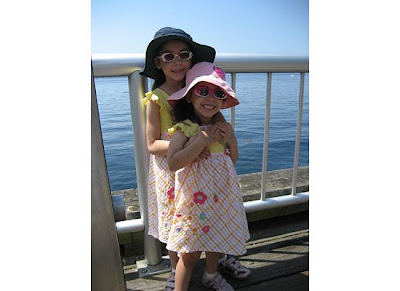 My two cuties picked out their own clothes and wanted to wear their matching dresses. 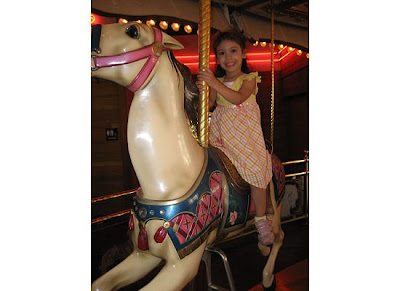 Princess G was so cute, every time she went around she would wave to Sean (Aunt Cathy's boyfriend) and say "Hi Sean! I think she has a little crush on him. 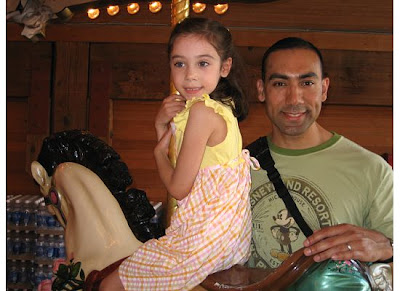 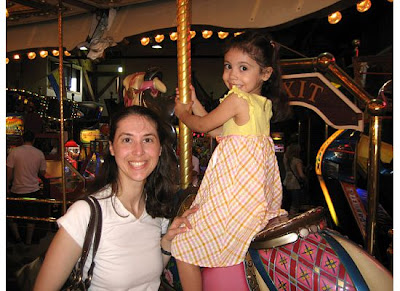 Daddy made sure he took a picture of Princess G and I. We circled the entire carousel before she found just the right horse, which of course she named 'Roses'. 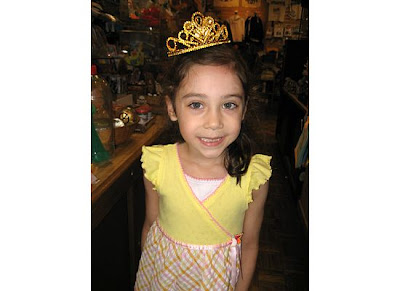 After the carousel we went to the Ye Olde Curiosity Shop. I remember going to this shop back in 1985 when my family made a road trip to Seattle to visit family. 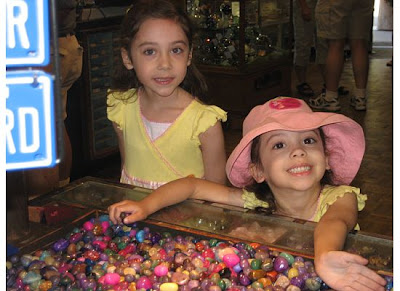 The girls have both been into rock lately. During this trip Aunt Cathy's sister bought each of them a rock shaped into a heart. Princess A received a rose quartz and Princess G a moss agate. It was a wonderful visit. (I am trying to catch up with my blogging I neglected this summer.
Posted by noreen at 10:29 AM