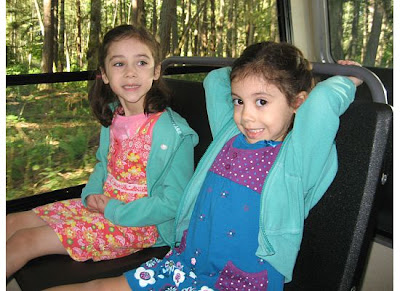 The girls and I went to Northwest Trek with a friend and her daughter. We were there early enough to catch the first Tram. The animals are most active when the park first opens and right before it closes. 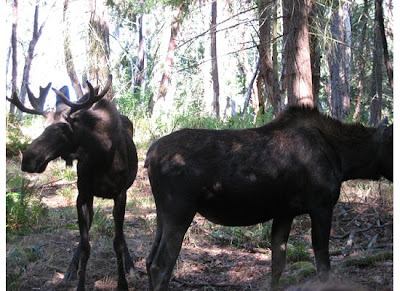 Here are some moose that we saw. These are actually a brother sister pair. Moose don't usually spend time with another moose but these two do. 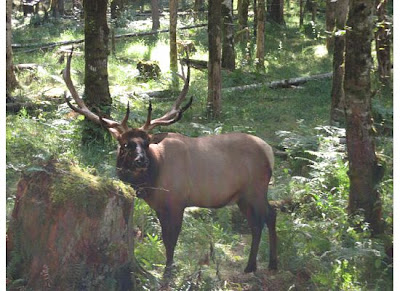 I believe we saw every animal that is normally seen on a tram tour, we did not see any beavers but that is very unusual to see them. 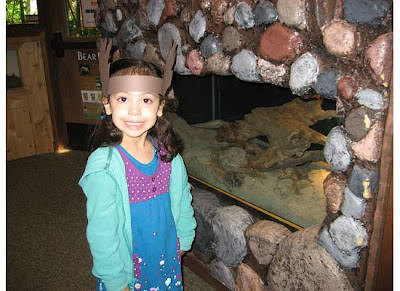 The girls wanted to visit the Cheney Family Discovery Center. They each made antlers by tracing their hands, cutting them out and stapling them on the paper band. They have a bee hive, snakes and chameleons. 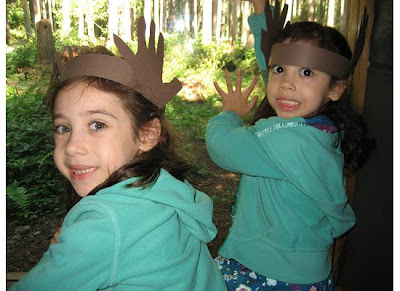 We ate lunch and then went to the Baker Research Cabin to watch the wolves. The cabin is so cool because they have a window that the wolves will go right by. 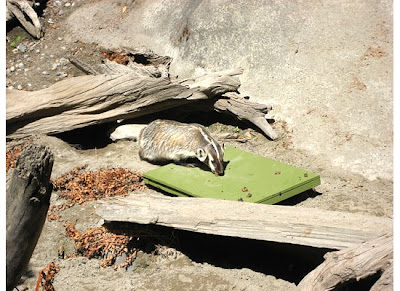 The little girl we with went to tried to chew some gum I gave her and her loose front tooth started gushing blood. They soon left but we stayed a little longer so we could see all of the animals. We got to watch this badger being fed and weighed (the scale is under the platform). Princess G was so mesmerized that we spent over fifteen minutes just watching the badger. 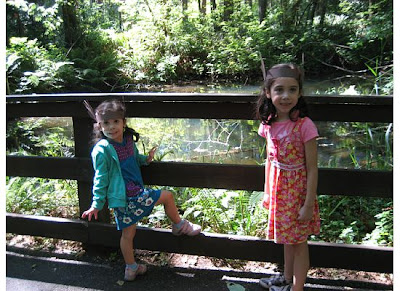 This is our second visit to Northwest Trek, we went in May 2008, but this time we went and saw all of the animals. Last time it was simply pouring and Princess G jumped in every puddle we came across, and believe me there we lots. 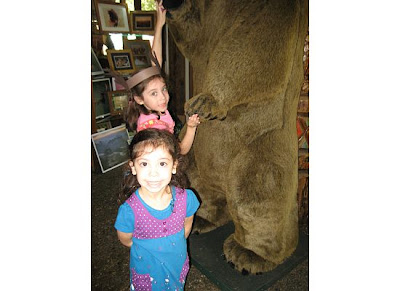 The girls wanted to explore the gift shop this time too, last time we skipped it. The girls each picked out a polished stone and small horse (smaller than a quarter). On the way out we picked up a squished penny for each girl. Northwest Trek is having a race next weekend and we might go. They have a kid run for the children of racers and since Princess A loves running races just like Daddy we just might sign-up.
Posted by noreen at 10:42 PM