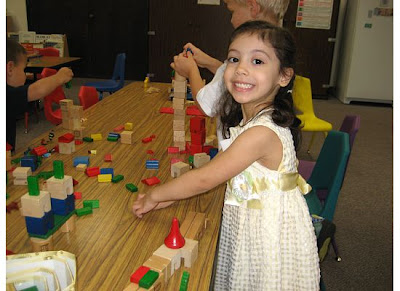 Two weeks ago was Princess G's Pre-K open house. She was so excited and had been counting down the days since her sister started first grade. 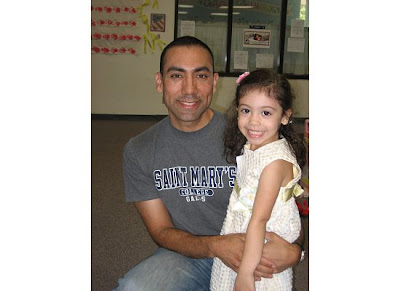 We weren't sure if Daddy was going to make it but about ten minutes before it ended Daddy showed up. 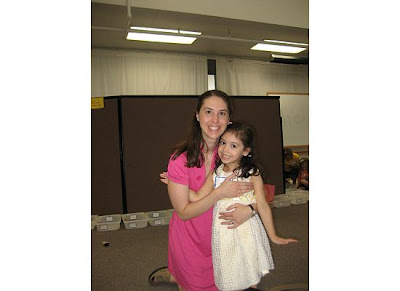 I can't believe my baby is in school now!
The plan was to take Princess G out to lunch to celebrate but as we were headed to a restaurant Daddy got a call from work. Princess G and I ended up going to McDonald's. We both got Happy Meals (I wanted a burger and knew Princess A would be sad if she did not have a matching Happy Meal toy too!) We got the food to go and brought her nuggets home. 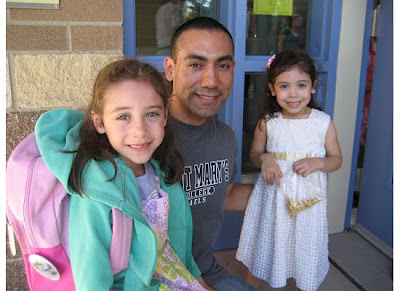 Daddy finished up his work stuff early enough to pick Princess A up from school. The open house went well and I hoped it boded well for a great first day of school and it did. Princess G loves her school and is so excited on the days she gets to go. They both start school about the same time but a couple of miles apart so Princess G is always late to school. I knew this when I signed her up for Pre-K so they put Princess G in the group that has free play first. That way she is only missing playing instead of instruction. It also worked since that was the group Princess A was in at the school and that is what Princess G remembers.
As for today it was a bit unusual. Princess A was sick so while Princess G was in school I had Princess A at home with me. She has a temperature of 103.7. I hope she feels better soon, she was just miserable today. I even had to carry her to the car when we dropped off and picked up Princess G from school!
Posted by noreen at 10:09 PM